Story of a Cat


Once upon a time, there was a female cat named Rin. 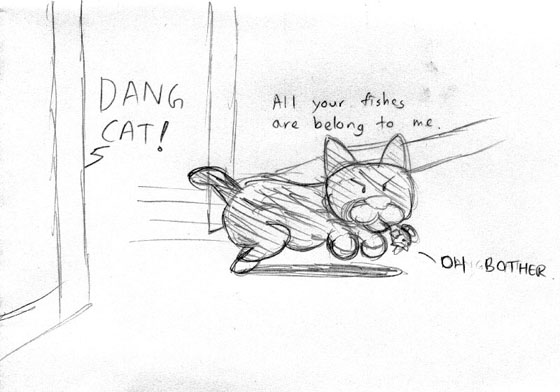 On one of her attempt, she was able to sneak into a petshop and got out with a goldfish.

But apparently, this goldfish was not your ordinary goldfish, so it started to talk,

"Spare me, and I shall grant you three wishes."

And so Rin decided to. First, she wished for a harpoon, a water-goggle and a pair of flippers. 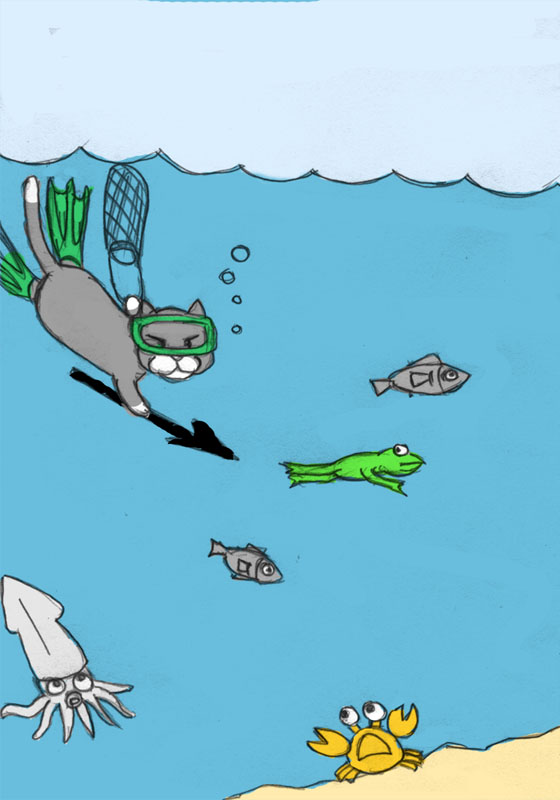 The gold fish granted her wish, and moments later, she was under water hunting for food.

Unfortunately, she was not skilled with them, so she asked for knowledge to use them.

Still, with underwater knowledge matchable to even Sindbad himself, Rin still could not catch a fish.

A traveling ship muffled her words, but the goldfish was clear what she wished.

"Remember, this is your last wish, so I cannot undo anything later."